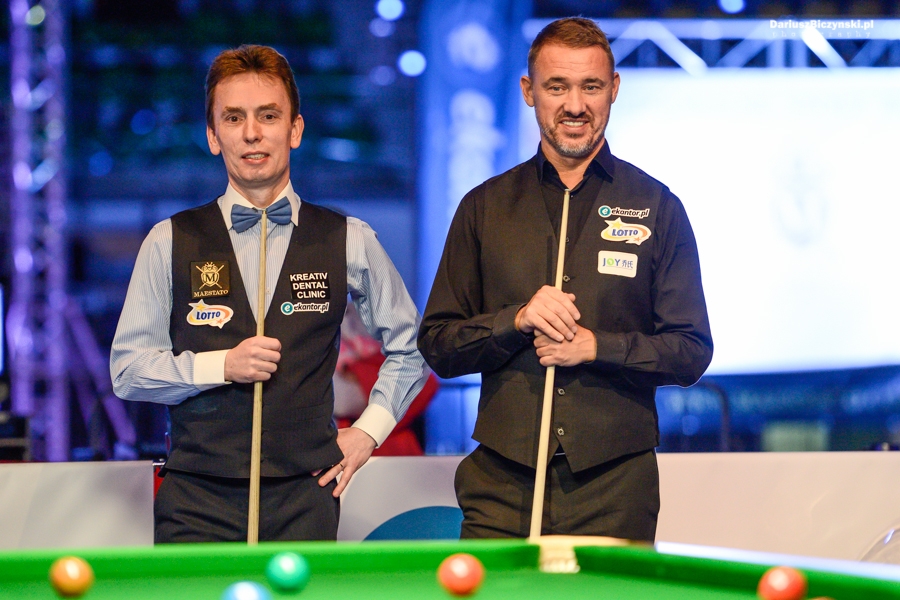 Showcase tournament Lotto & Hot Shots Masters, which is organised by the ambassador of our brand Marcin Nitschke every year, was held in Zielona Góra for the sixth time. In previous years snooker fans from Zielona Góra were pleased with the play of such players as Neil Robertson, Judd Trump and Ronnie O'Sullivan. There was a great surprise for snooker lovers this year - 1997 World Champion Ken Doherty and Stephen Hendry, who won World Championship for seven times, took part in the competition. In six singles and doubles Poland was represented by Marcin Nitschke, Kacper Filipiak and juniors - Antoni Kowalski and Jakub Bednarz played against our British guests. Those matches were really exciting and gave the audience a lot of fun. The spectators will definitely not forget this experience for a long time. Extra attraction was great concert of Polish singer Patrycja Markowska. After the tournament, players positively appraised the qulity of play on the 12ft Maestato Table, which made us really proud! "Maestato" Team